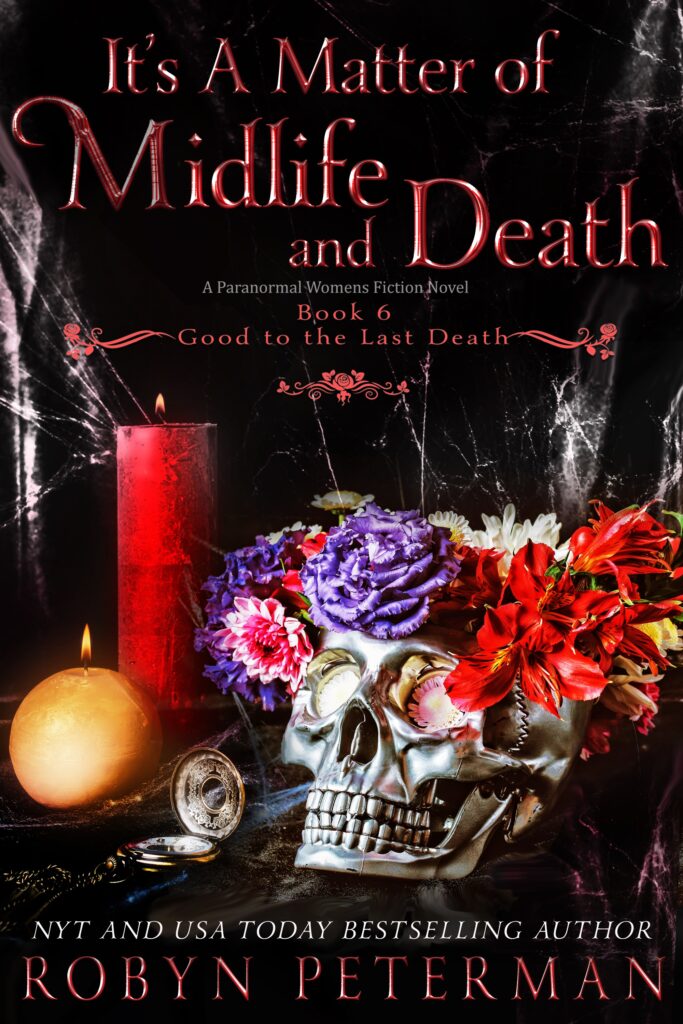 Part of the Good to the Last Death series:

Midlife is madness—magical, messy and one freaking crisis after another.

With a new job I didn’t apply for and an extended family I didn’t know I had—midlife has become somewhat problematic. Gluing ghosts back together is easy compared to my new celestial occupation.

The Grim Reaper wants to put a ring on it. Tim wants to be a father. Candy Vargo has lost her damn mind and Jennifer thinks we’re all sparkly vampires. I’ve been given an impossible task with catastrophic consequences for failure, but it wouldn’t be my midlife without another crisis.

What’s the saying? When in Crazytown, embrace the insanity or go insane. It’s time to lean into the madness. I’m putting down roots, pulling up my big-girl panties and getting down to business. With one month to succeed, it’s time to grow a bigger pair of lady-balls and play in the big league.

The rules are unclear. However, when it’s a matter of midlife and death, I’m making the rules. And I will win.