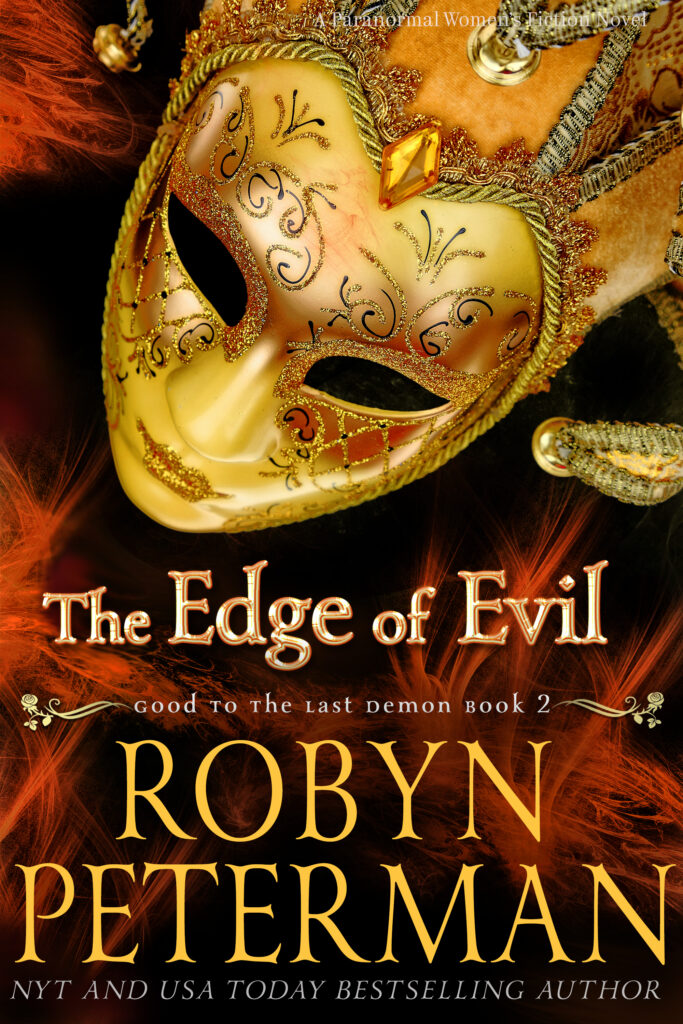 Part of the Good to the Last Demon series:

What happens in Vegas, slays in Vegas.

With a show to produce and my career as an actress on the line, I really don’t have time to die—especially violently. However, while that might not be on my agenda, it seems to be on other’s.

Instead of acting in my latest endeavor, I’m playing the real-life role of Reluctant Demon Who Has To Save The World—or at the very least, the hot hero.

Fine. I’m always up for a plot twist or a re-write.

Scene One— Save Abaddon from the evil clutches of the hideous Pandora.

Scene Three — Avoid Pandora like the plague. I understand she has an evil box…

Scene Four — Do not die.

Scene Five — Possibly meet my mom, the woman who abandoned me as a baby.

Scene Six — Do Not Freaking Die.

Scene Seven — Go back to my non-deadly life and win a damn Emmy for Ass The World Turns.

Even though I’m living on the edge of evil, half insanity, half upheaval, I’m a pro and the show must go on.

As the saying goes, a bad dress rehearsal means I don’t get dismembered on opening night. Or something like that.