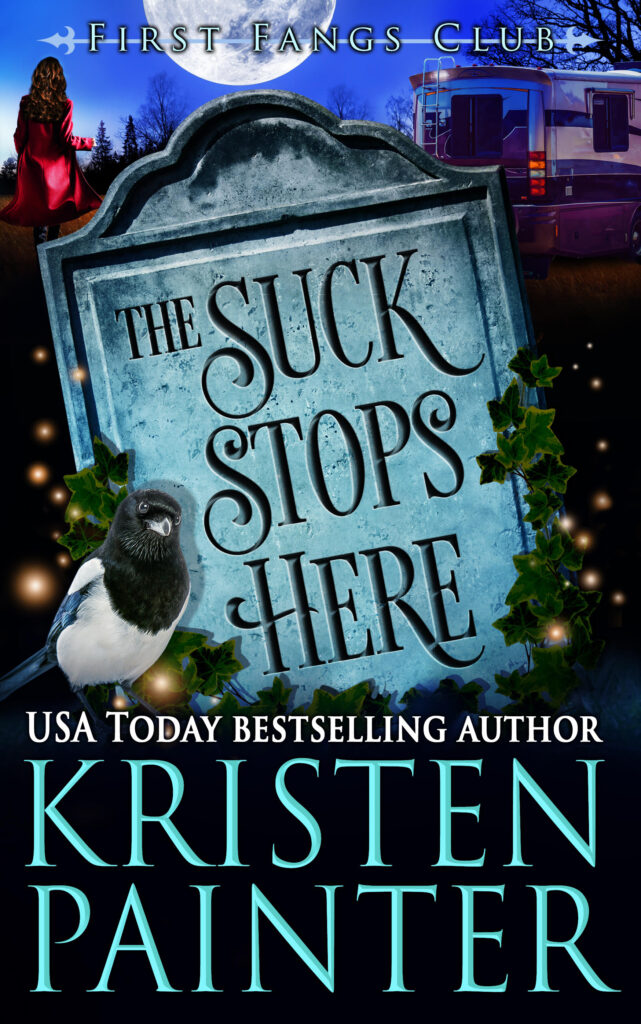 Vampire governor of New Jersey, Belladonna Barrone has just gotten an epic offer from an unexpected visitor, but it’s not something she’s ready to respond to without serious thought. Besides, she already has a lot on her plate. The recent death of a high-ranking vampire means she and her crew of staff and friends are headed off to the funeral in the middle of the country. But travel can be tricky when it comes to moving vampires. The solution? Rent some luxury motorcoaches and prepare for a road trip that will be unlike any other.

For one thing, the trip includes a stop off to meet the parents of her daughter’s boyfriend. Something Donna isn’t particularly looking forward to. After all, they’re upstanding citizens and she’s, well, the soon-to-be former wife of a mobster currently awaiting trial.

For another, the dark shadow of serious allegations hangs over Donna and her human assistant, Pierce. Allegations made by her arch nemesis, Governor Fitzhugh, that will require both Donna and Pierce to appear before the vampire council. She feels certain she’ll be able to deal with the outcome of her hearing, but Pierce is a different story. The vampire council isn’t known for their mercy with humans.

Protecting Pierce weighs heavy on her. There has to be a way to persuade Fitzhugh to drop the charges, but at what cost? And can she trust his word? While pondering these questions, the funeral activities get underway, and Donna makes a strong new ally.

Then events take an interesting turn and Donna is left with a brand-new issue to deal with. Should she bite the bullet and say yes to the epic deal she was offered before the trip? Even when she feels inadequate to handle what’s required of her?

The only thing she knows for sure is enough is enough. For once and for all, the suck stops here.